Flounder and Sole: or A Fish By Any Other Name Would Still Taste as Sweet. 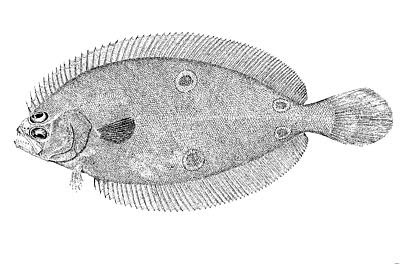 Ever wonder what the differences are between Sole and Flounder? Some customers recently asked me the question so I thought I would take a moment to shed a bit of light on the subject.
Here in North America we have no true sole only flounders. When Europeans came to the Americas they called flounders soles because they looked like the fish they knew in the "old world". This has led understandably to much confusion over the years. The only true sole would be Dover Sole, Solea solea.
Lemon sole is one of the names given to winter flounder, Pseudopleuronectes americanus, (also known as black back). Usually at the retail level when multiple flounder sku's are sold; flounder is the name given to the refreshed less expensive product, and sole (or lemon sole) is the name given to the more expensive fresh cut product. Fluke, Paralichthys dentatus also called summer flounder can also be sold as sole fillet. Sometimes there is a distinction between sole and lemon sole with the latter referring to a larger fish or a bigger fillet. All these fresh flounders produce a mild and tender white fillet when cooked, so as long as they are fresh I don't think it matters much what you call them. The refreshed (previously frozen) fillets can be of varying quality, because they usually contain sodium preservative solutions that have you paying for water. Go with fresh when possible.
If you live on the west coast you might even run into something they call "dover sole" a much less expensive and thinner flounder that is a far cry from the Eastern Atlantic flatfish from which it has hijacked the name.
So on one hand the naming of fish has been a bit of innocent mistaken identity and a bit of good marketing. Of course there have been instances when totally different species like Asian catfish have been sold as sole and flounder, so make sure you know and trust your fishmonger.
blackback dab fishmonger flounder fluke local seafood mislabeled seafood sole wild seafood

ShirleyValentine said…
Why do meat markets advertise "Flounder Sole"? My husband insists they are TWO different fish. Here is the ad I am referring to: Scroll down to bottom http://www.themeatmarket.com/specialscoupons.html
April 28, 2012 at 11:13 AM

Fishmonger said…
Shirley, With apologies. There is a lot of vernacular used in the marketing of fish in general. recently the FDA has begun to attempt to regulate this better with a list of acceptable trade names. http://www.fda.gov/Food/FoodSafety/Product-SpecificInformation/Seafood/RegulatoryFishEncyclopediaRFE/default.htm
True sole is a fish that is native to Europe. We have very similiar flatfish here that are commonly called sole.
September 13, 2012 at 1:45 PM

Popular posts from this blog

Fish Yields - or - How Much Does This Really Cost Me? 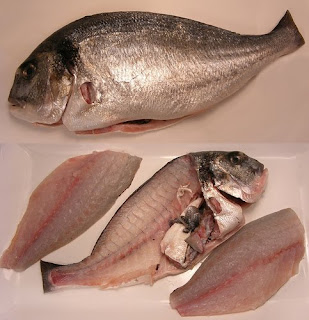 Chefs and Buyers,   The local waters, however cold they may be, are still giving up some great fish: We have sea trout (weakfish) 4-6lbs that are extra firm and in rigor from this side of the Mason-Dixon.   Jumbo black sea bass with candy red gills from Rhode Island.  Boston and Spanish mackerel that are both crudo worthy, just off of some short trip boats into Jersey. Since we had so many requests we acquired some local silver Dory from a Long Island boat, these dory are in the 2-5lb size range. Cod prices have dropped to very reasonable levels and makes it a great buy for the next few days. If cod isn't a menu item why not make this versatile fish your fresh catch of the day?   From the West coast we bring you wild Sturgeon, fresh black cod (sablefish), a wide selection of oysters and  Manila clams.   Cockles from New Zealand are likely to remain in very short supply until next week. We will have ample Manila clams available to substit
Read more